Born into a very poor family of Shri. Dharubaji Balkhande who was a farm labour and Smt. Kondabai a simple house wife. Dr. Laxman Dharuba Balkhande was born as a Ninth child of his perents, on 2nd June 1950 at Lohara (BU), Taluka Vasmatnagar (Now: - Aundha Naganath), Dist. Parbhani. His father died when he was at very young age and could not understand about it. There was no education background in entire family and in the nearby surrounding. He completed his early schooling from his hometown, for IInd standard he shifted to Hingoli and from IIIrd standard onwards he shifted to Aurangabad and got admitted to Shivaji High School, Gulmandi. He studied in the same school till Intermediate. He was very sharp at studies from his early childhood days as told by his teachers.

He was very good in mathematics. He got the distinction in the mathematics at intermediate level. When he decided to shift to Aurangabad his aim was to gain knowledge. When he entered Aurangabad city there was no relatives, no hostels, no friends at that time. He resided at Remand Homes where the criminal boys used to keep under custody. While staying with them, and taking positive things from them and not diverted his mind from studies, he achieved his goals from time to time.

He was fond of Military Services, his ambition was to join Military Services but due to Small height around 5 Feet, could not get selected for that. Then he changed his Mind and took admission in Milind College for further studies. He completed his Graduation in Science Stream from Milind College, Aurangabad in 1970. After completing his graduation he got admitted to M.Sc. (Botany) at Department of Botany, Marathwada University, Aurangabad. He completed his Post Graduation in 1972. After completion of Post Graduation, he applied to Govt. of Maharashtra for a job. But after no reply from Govt. his teachers told him to pursue his Ph. D work and complete it as soon as possible.

But like a miracle, one day in 1976 a letter was received from the Govt. of Maharashtra that to go and join the MES Class II services as a Lecturer immediately at Institute of Science, Nagpur. And on 18th August 1976 he joined the Service at the Esteemed Institute of Science and started his Journey. At early stage he lived in a Lodge near Saroj Talkies (Now: - Sudama Talkies). He got few new friends in Nagpur, few of them are Shri. S.D. Sontakke, Dr. Nitin Raut, Shri. T. K. Shende, Dr. V. G. Baile, Dr. A.G Sontakke, Mr. Vasantrao Meshram, Mr. Anand Gajwe etc.. Meanwhile in 1980 he was awarded with the Degree of “Doctor of Philosophy”. While serving, he has handled various portfolios given to him by his Director. He was also a part of various selection committees, interview panels, formed by Nagpur University. After giving his 32 years of Services he got retired from his services on 30th June 2008 at the age of 58.

While partying with some friends in 1982 they came across one point i.e. like Dr. Babasaheb Ambedkar established Milind College for the poor students like them they were able to study further and took the full advantage from that. Likewise they also decided to establish one Sanstha and to have different colleges in vidarbha region for the help of Poor Students and especially Girls who could not study further. In 1982 they registered the Sanstha in the Name of “Pravarsen Shikshan Sanstha, Nagpur” and in 1983 got the permission from Govt. of Maharashtra to start a new college in Pauni, Dist. Bhandara. He also helped other politicians to establish their own Institution. With Dr. Bhau Daydar, he helped him to establish the “Orchids Education Society” that runs a senior college i.e. “Arts & Commerce College” at Palegaon, Dist. Yautmal. He was the founder member of the executive committee. He was also a Senate Member of Nagpur University. He was the N.S.S. co-ordinator for ten years in Institute of Science, Nagpur. Most of the research scholars have been done their research under his Supervision. He was Founder Secretary of Pravarsen Shikshan Sanstha. In 2006 he suffered a Paralytic attack but got recovered soon. Till 2012 he was Secretary and after that in 2014 he suffered from the 2nd Paralytic attack. After struggling for life for 3 old months he breathed his last on 15 Dec 2014.

I proudly welcome you all to a new arena of technology to explore the world. The Agnihotri College of Engineering. Our world is magical. Science has contri

Our vision is to develop a strong, enthusiastic manpower from Engineering Stream with an excellent academic standing of a global level. The globalization h

Advertisement for faculty position in Agnihotri Institute of Pharmacy, Wardha

All the student are hereby informed that feedback facility is available for students at AICTE portal :www.aicte-india.org

Welcome To Agnihotri College of Pharmacy


I welcome you all to the ever growing profession of pharmacy. Pharmaceutical field is evolving day by day and contributing more and more to the wellbeing of the society. we have the vision of catering to the needs of industry and society at large in terms of the human resource by introducing the educational courses.Our goal is  providing well trained and groomed Pharmacists who would be involved in promotion of Health and not just making of medicines. Government and Private sectors are working consistently towards improvement of health care among people. Pharmaceutical products or drugs are one of the important components of health

Agnihotri college of Pharmacy,Wardha  was established in the year 2001 with an objective to nurtur 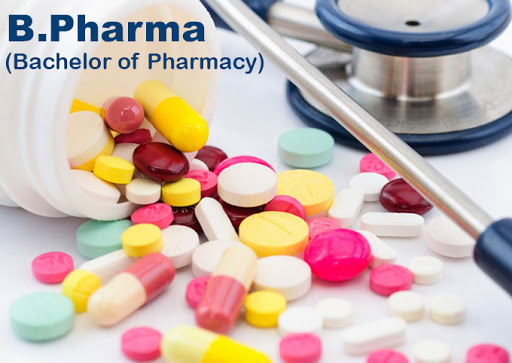 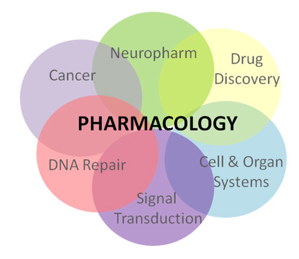 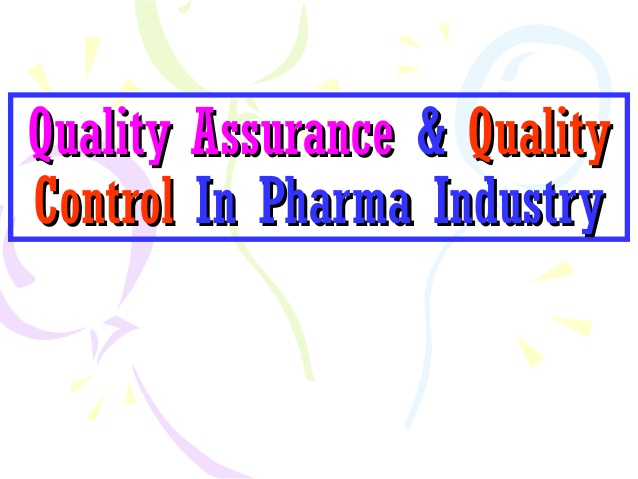 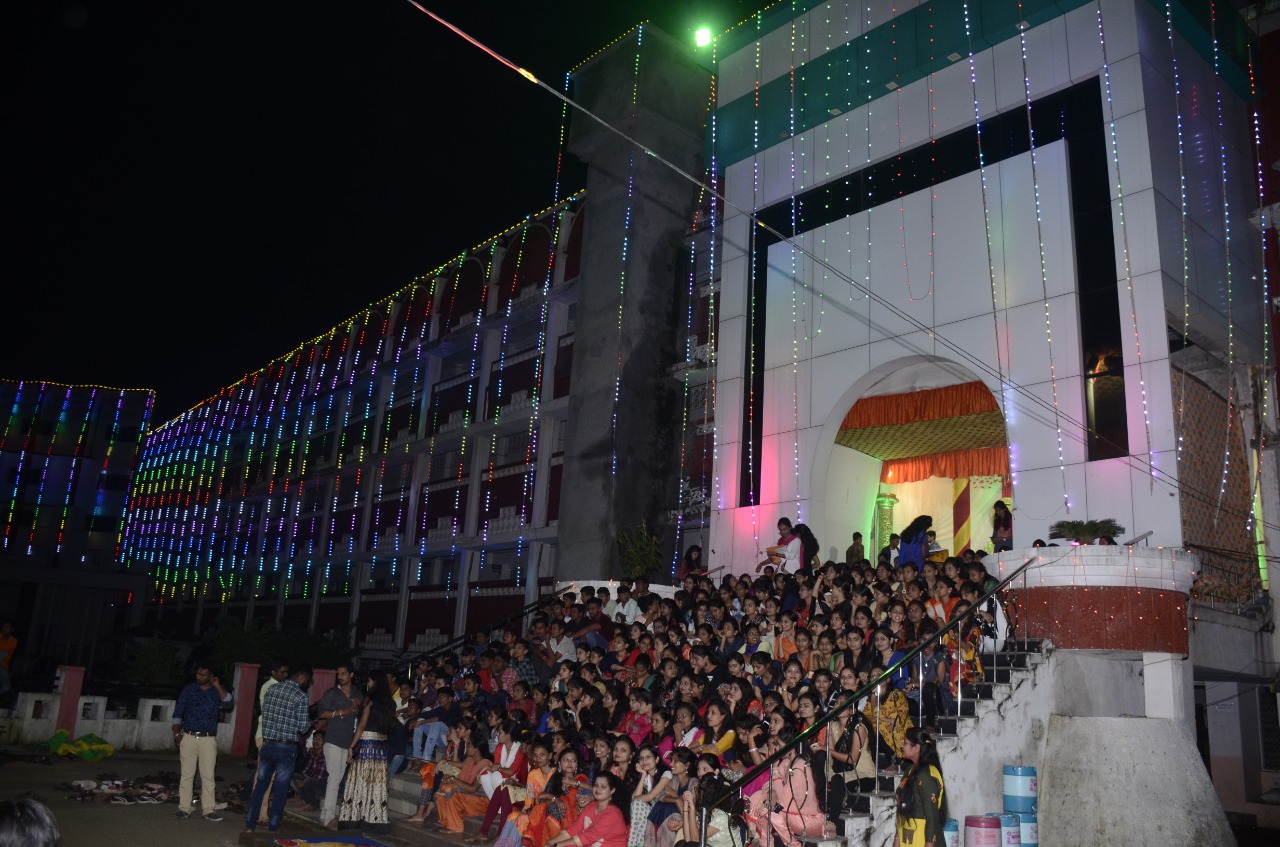 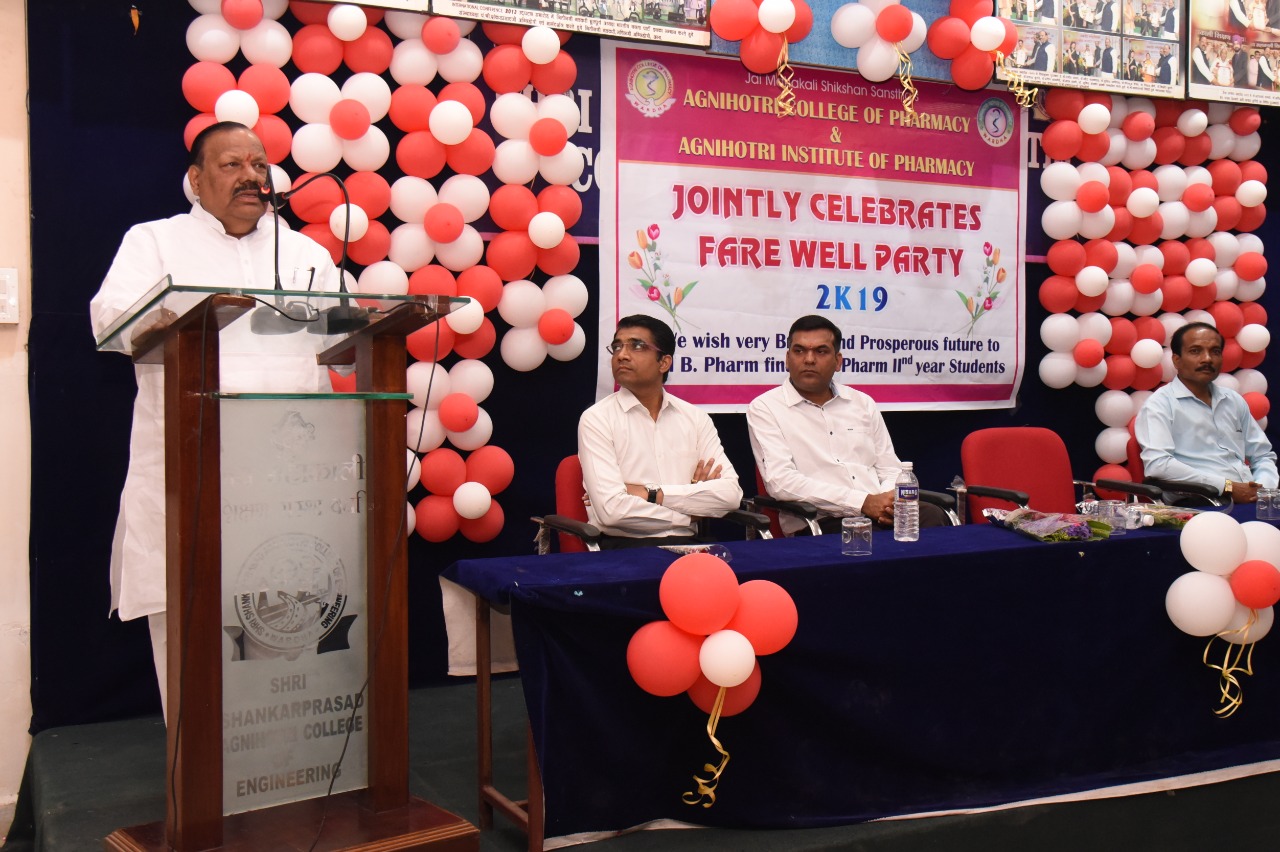 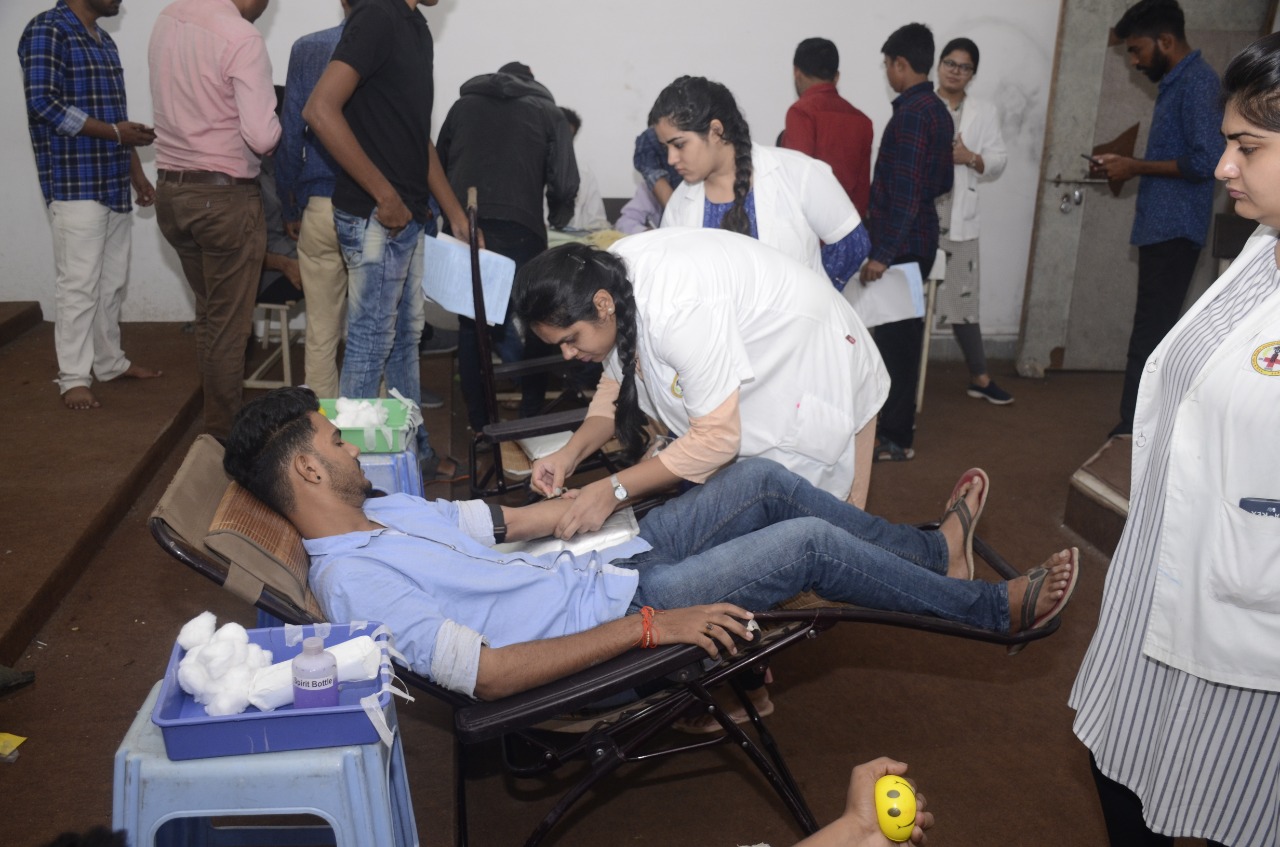 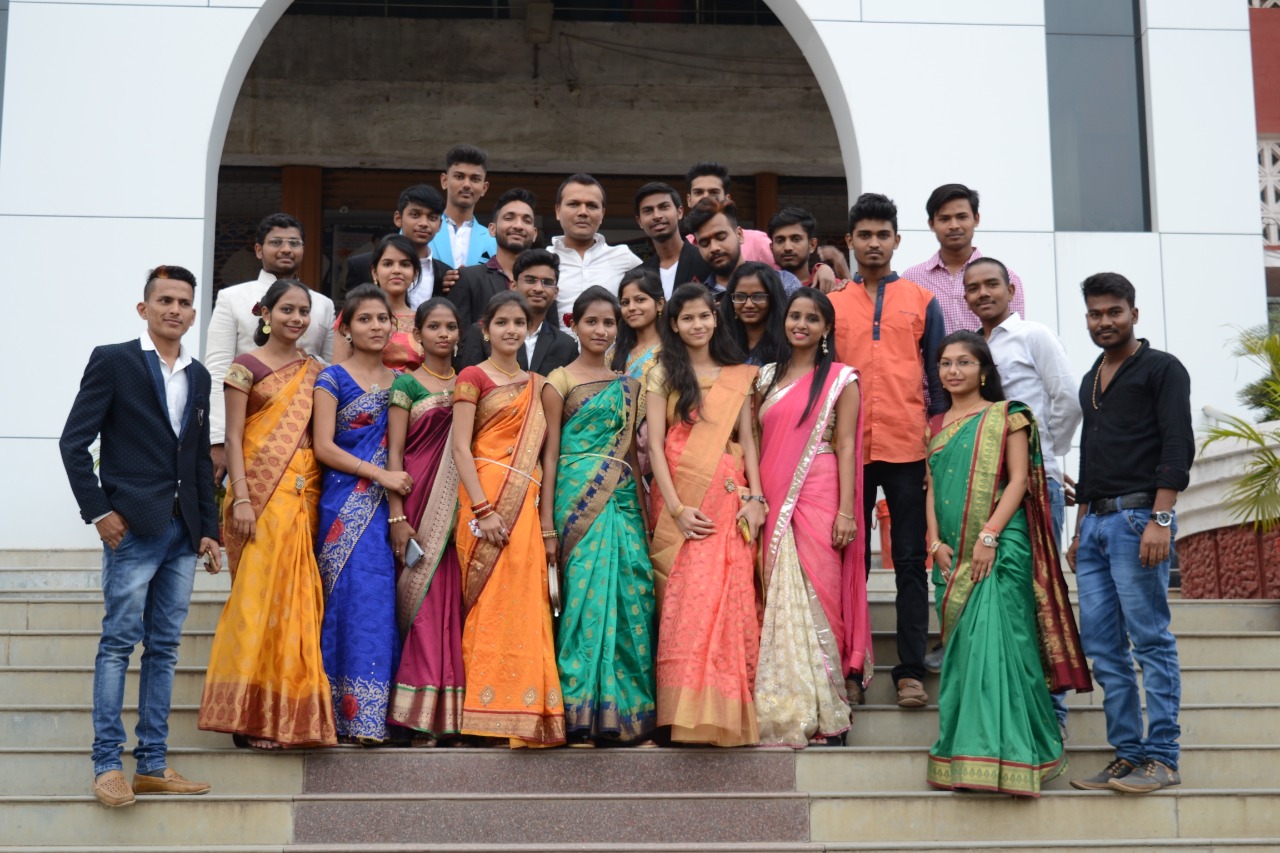 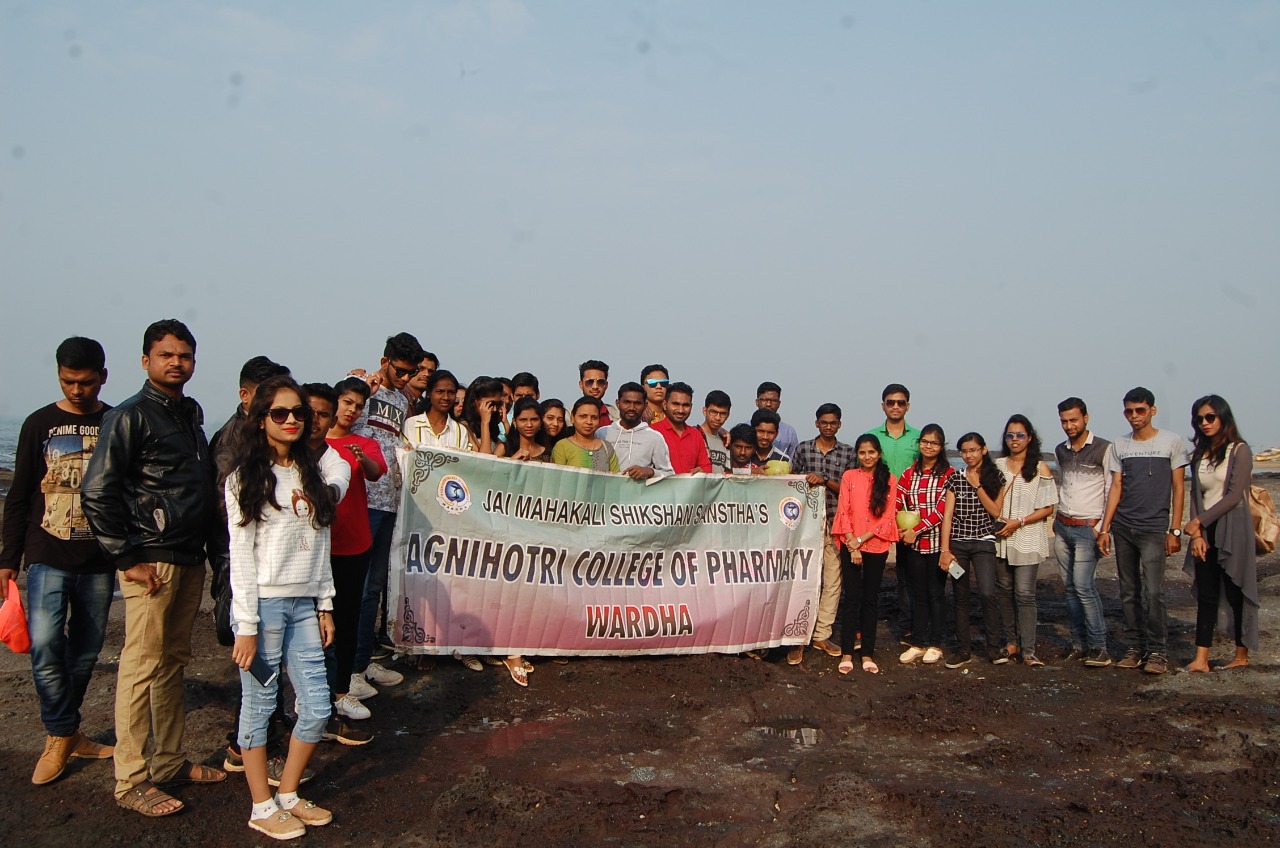 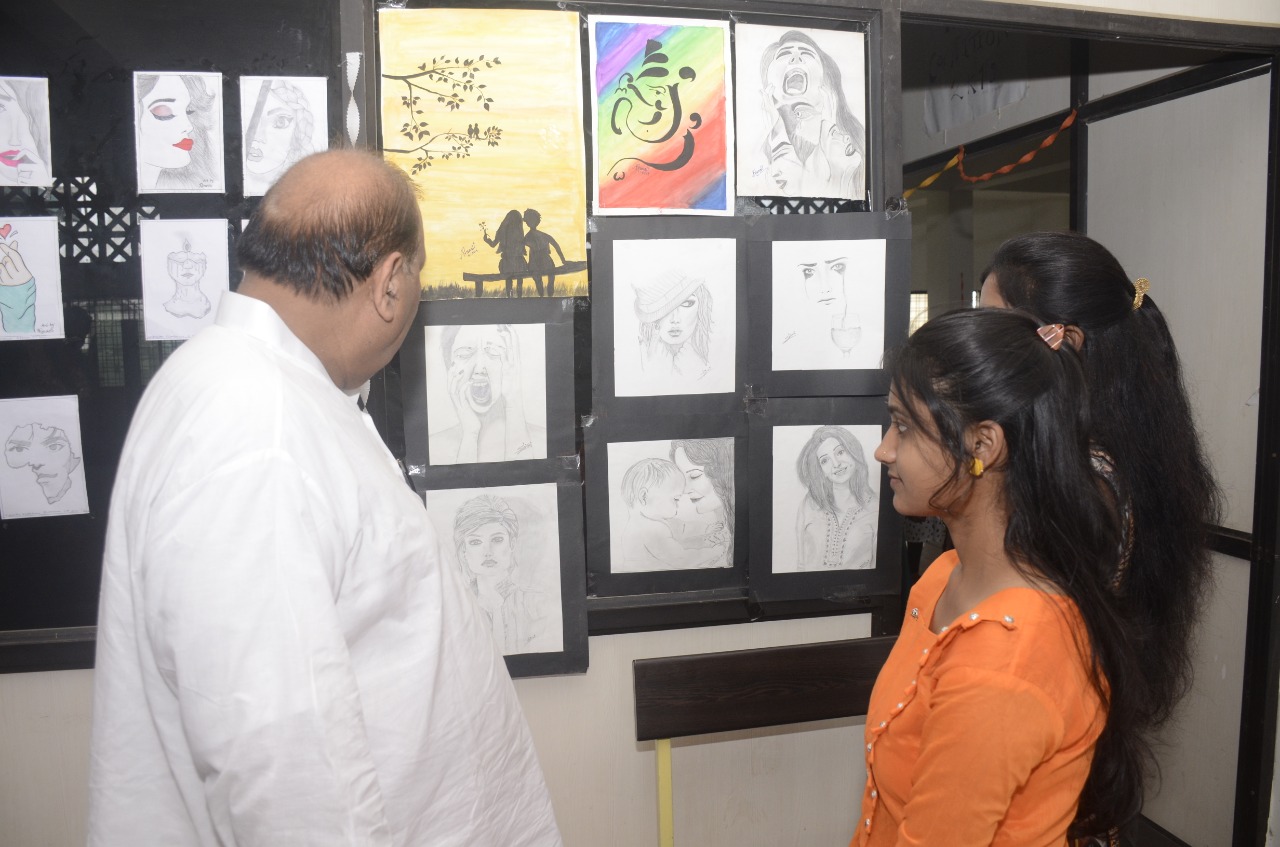 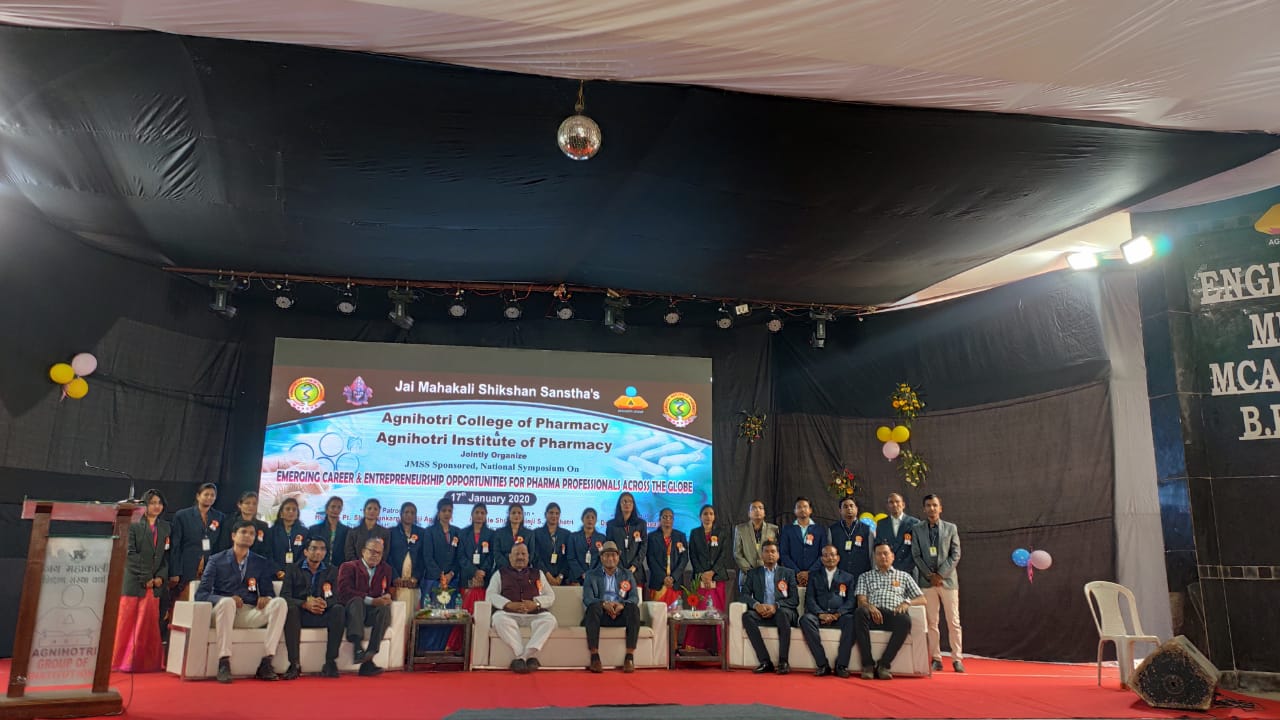 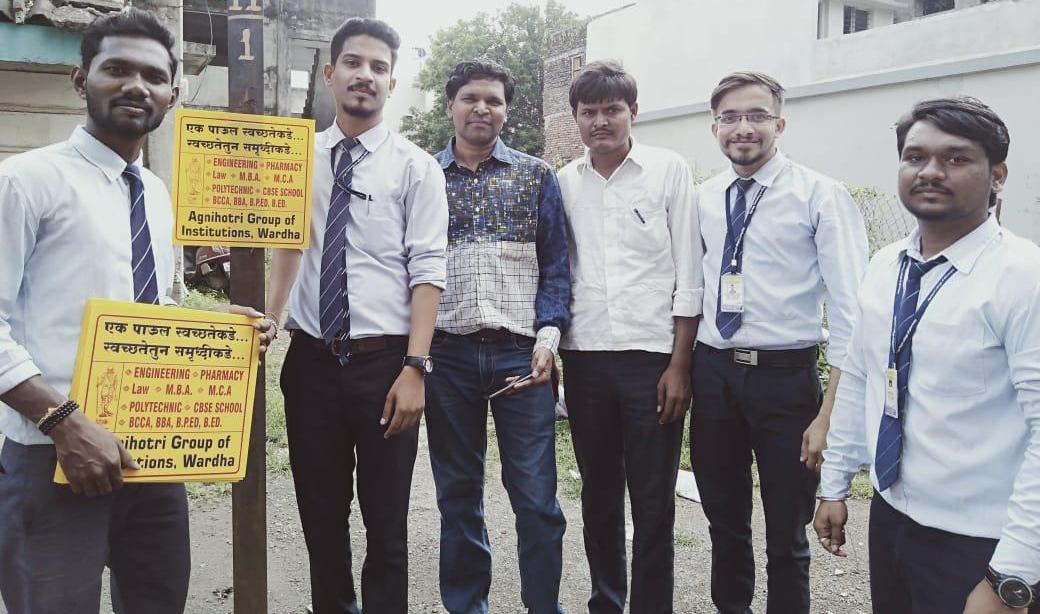 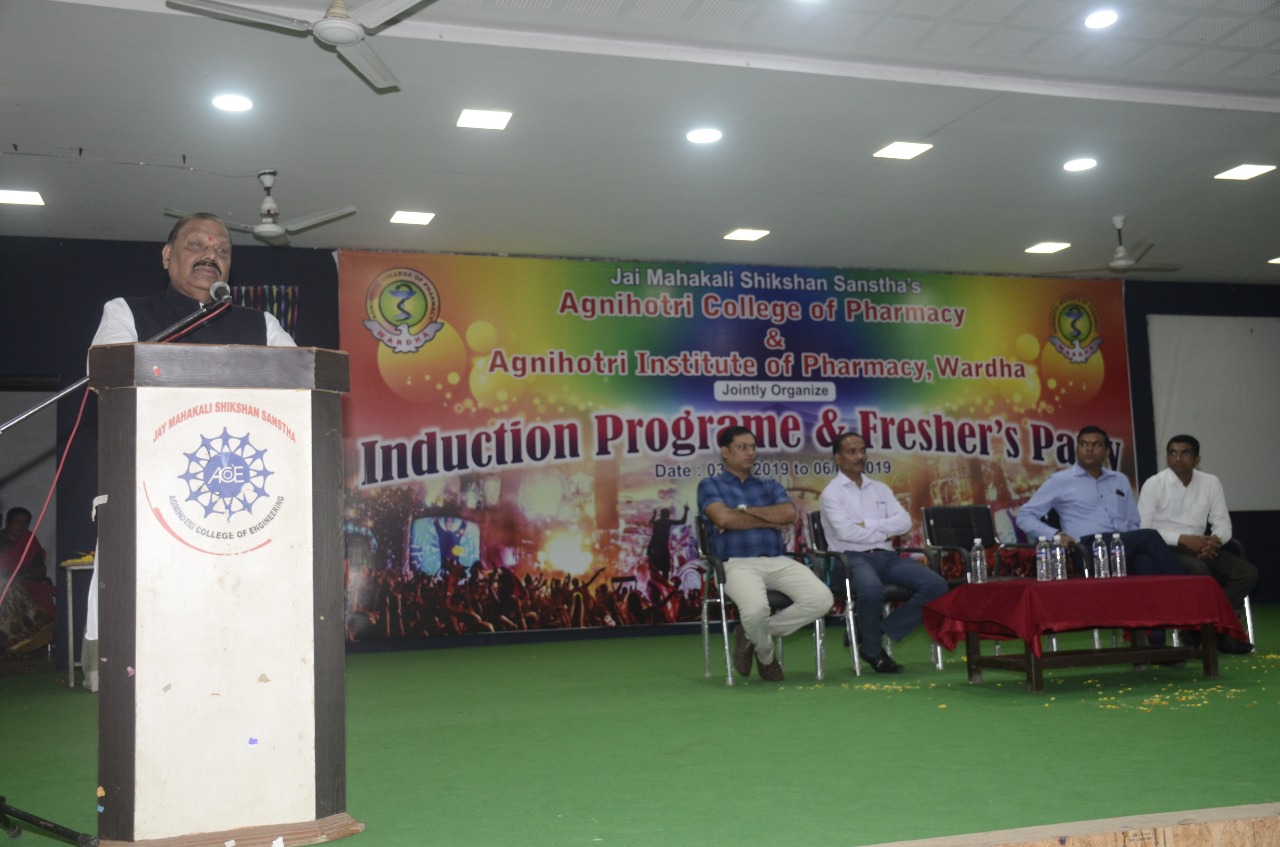 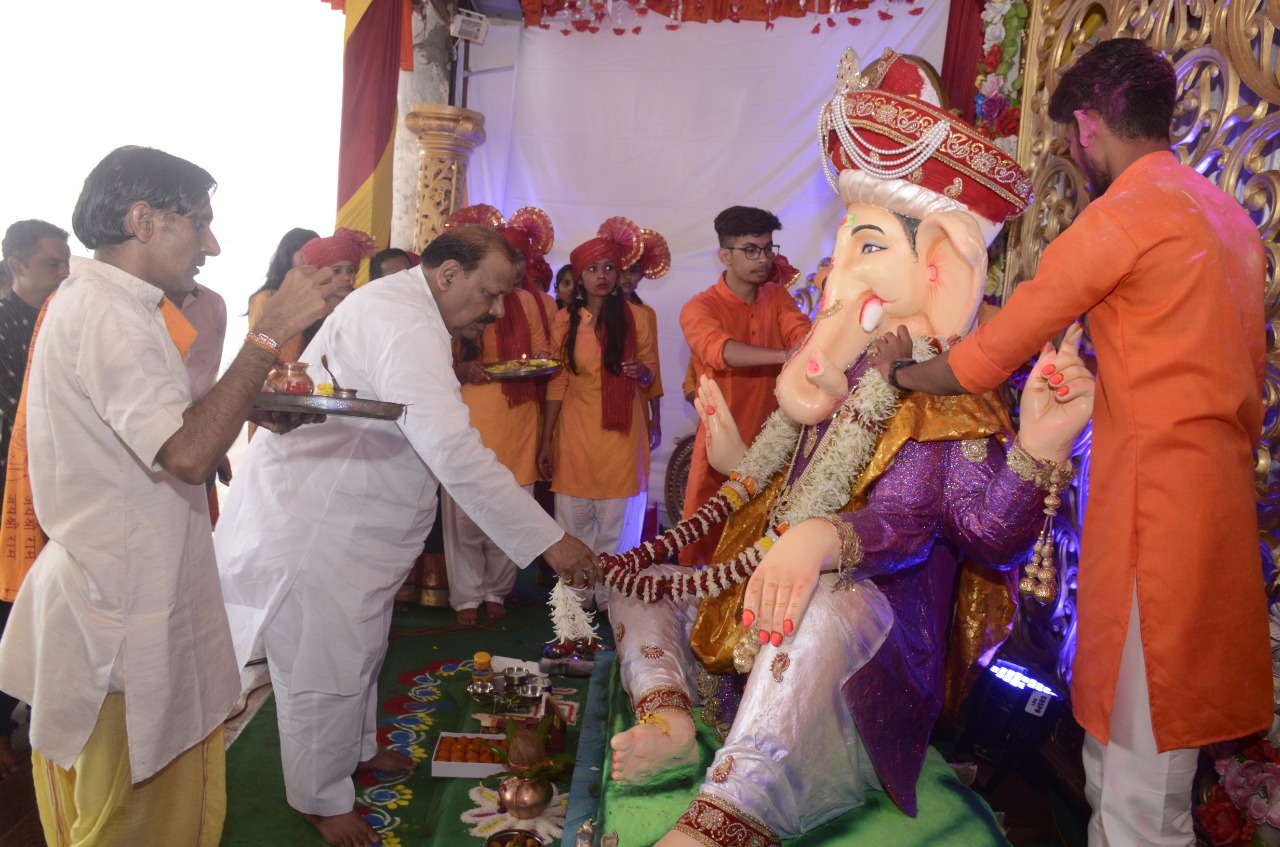 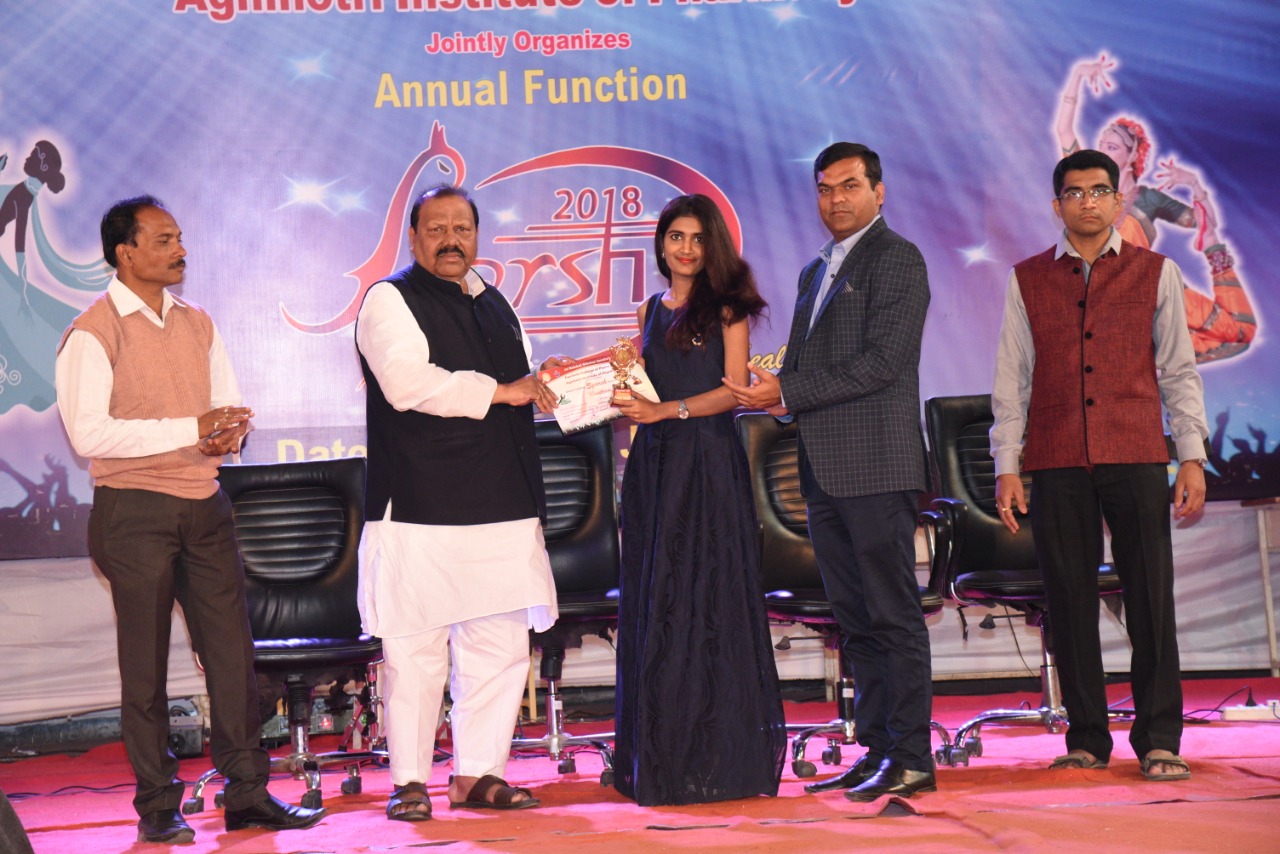 Welcome To Agnihotri College of Pharmacy

I welcome you all to the ever growing profession of pharmacy. Pharmaceutical field is evolving day by day and contributing more and more to the wellbeing of the society. we have the vision of catering to the needs of industry and society at large in terms of the human resource by introducing the educational courses.Our goal is  providing well trained and groomed Pharmacists who would be involved in promotion of Health and not just making of medicines. Government and Private sectors are working consistently towards improvement of health care among people. Pharmaceutical products or drugs are one of the important components of health care management. A 'Pharmacist',here,is a pivotal component as his role is expanding from a dispenser to a researcher and a patient counselor. It is one of the few professions which has shown significant growth rate even in the time of recession. The pharma field has a perpetual succession. The Pharmaceutical industry is growing by leaps and bound and every day new developments with respect to the pharmaceutical technology are evident. Today, a new era of clinical research has opened many new career opportunities for the budding pharmacist.
I welcome you to the world of pharmacy and contribute to the well-being of the society.We, 'The Pharmacists',promote health not medicines. At our college of Pharmacy, you will learn new concepts, unlearn few, widen your horizons, apply your minds, explore your talents and take up social responsibility to improve the healthcare system and ultimately become ethical professional and responsible citizen.So my dear students utilize your college days to create a solid foundation of knowledge to be a technically competent professional and healthcare provider. Here's wishing you a very happy and healthy career in Pharmacy.